Bernard Leach was born in Hong Kong and grew up in the Far East until the age of 10. He later studied drawing at the Slade School of Art under Professor Henry Tonks, and in 1909 he went to Japan as an etcher. His first experience of working with clay was in Tokyo in 1911 at a Raku party, where he discovered the rapid change in colour of the unfired to the fired glaze. This caught his imagination and inspired his future career. He met Yanagi Soetsu, the philosopher who became a friend the same year.

Through Yanagi Leach became part of the Mingei movement, developing strong beliefs in the human aspects of creating craft, and working only to a very high standard of quality.  Bernard expressed these beliefs and principles in print as well as clay, publishing A Potter’s Book in 1940. His long friendship with Shoji Hamada was a very important one; Together, they established the St. Ives Pottery, which became England’s single greatest ceramic institution of the twentieth century.

Bernard Leach was the pre-eminent artist potter of the Studio Pottery Movement. Described as its “father”, in both the West and in Japan, his influence on the Movement and its growth has been profound, and is still palpable. He wrote many books, and his work been exhibited worldwide. His work is in numerous major international collections, public and private. 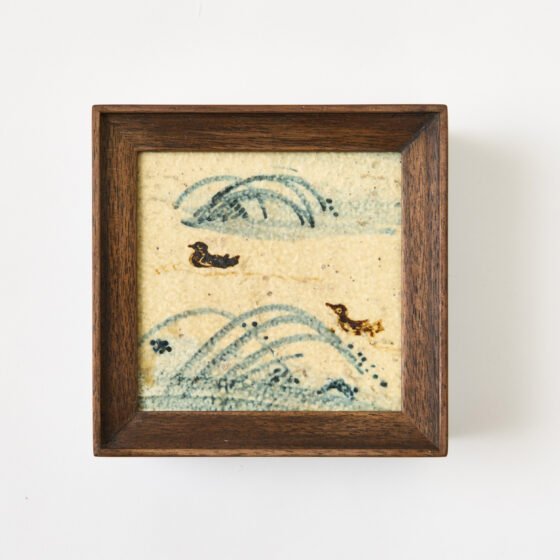 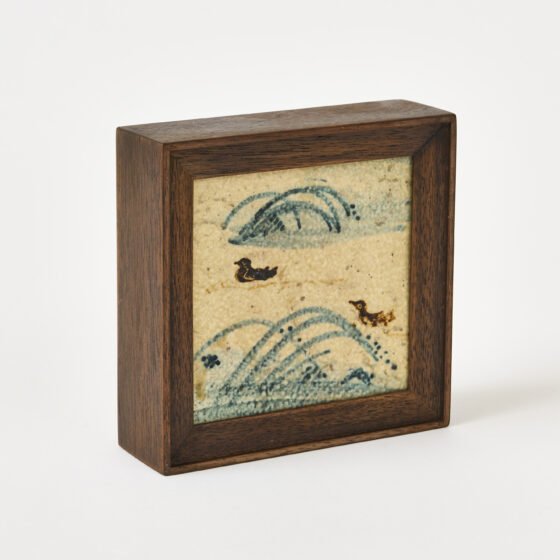 The rim has a small notch for a spoon 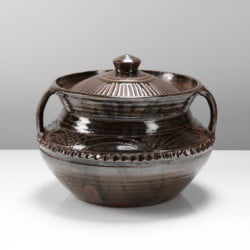 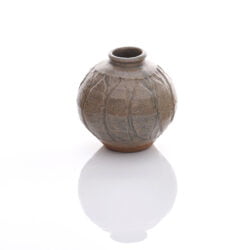 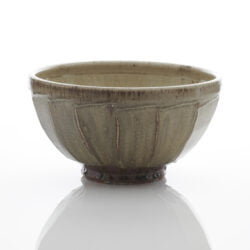