Michael Cardew was one of Bernard Leach’s first pupils. In 1926, he set up a traditional English pottery in Winchcombe, Gloucestershire. His aim was to produce functional affordable pieces. He worked from grass roots, mixing his own clay body and all the pigments and glazes.

In 1939, he returned to Cornwall to set up a pottery at Wenford Bridge and in 1942, he established a pottery in Ghana. He trained West African potters and brought his western ideas and technology to the more traditional primitive pottery of West Africa.

Michael Cardew was a pioneer in his field and embraced cross cultural exchanges. He was awarded an MBE and a CBE. His work can be found in all major Public Collections. Joanna Bird was a student of Michael’s for three years in the 1970s. 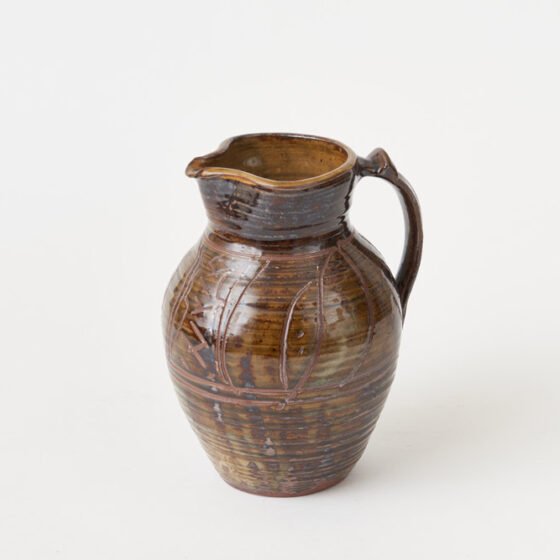 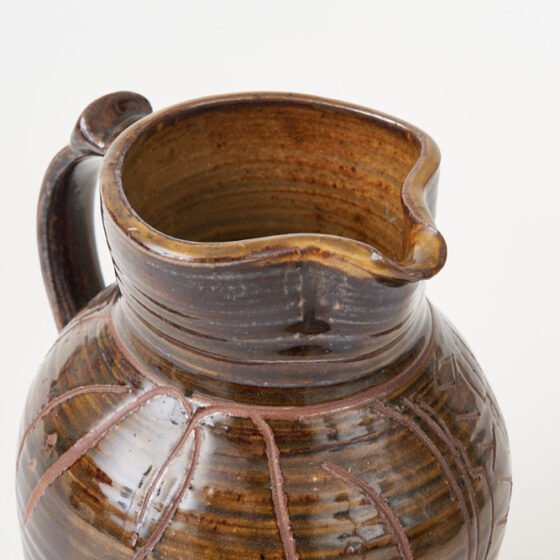 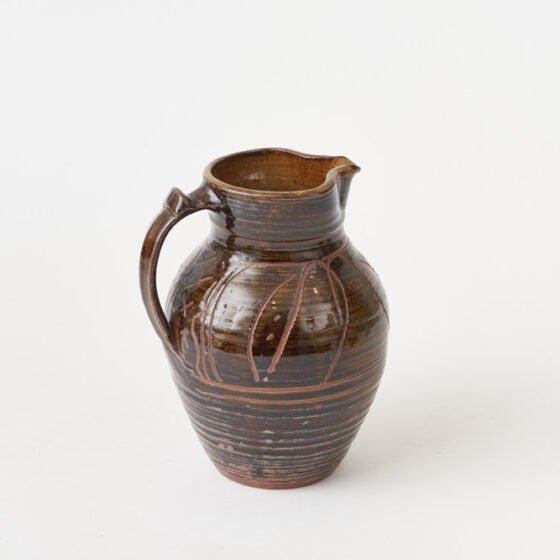 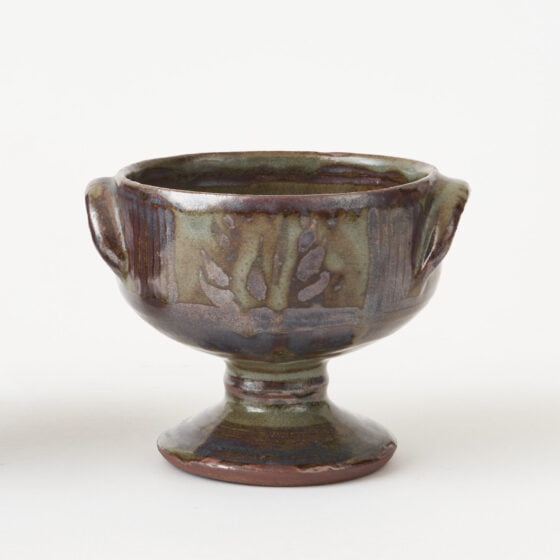 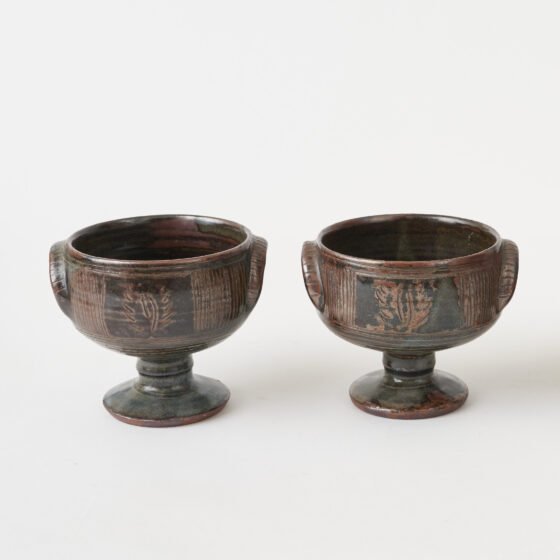 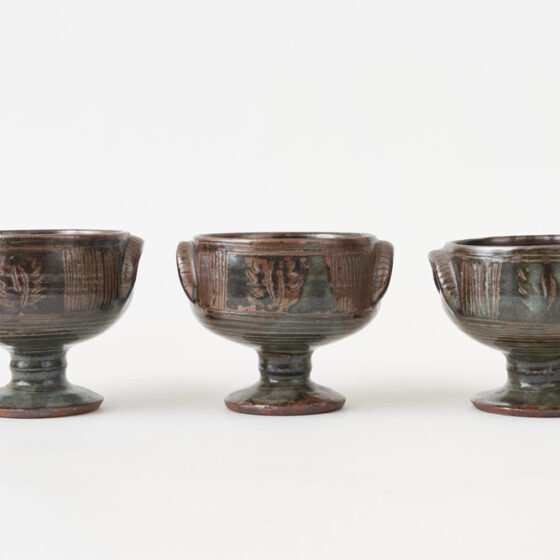 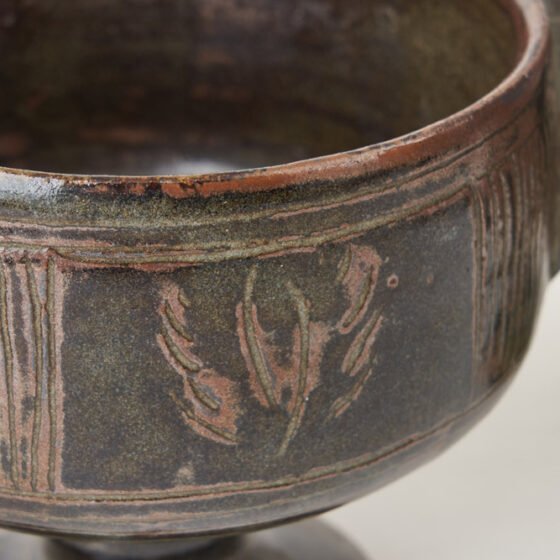 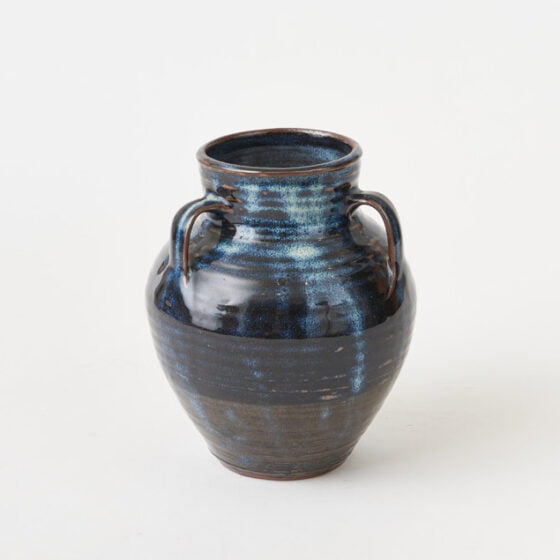 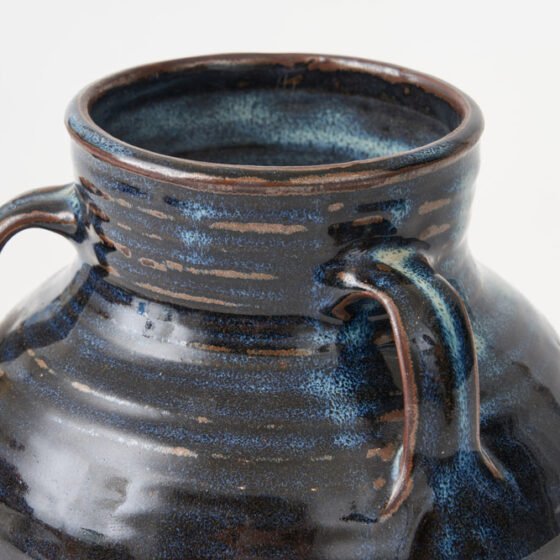 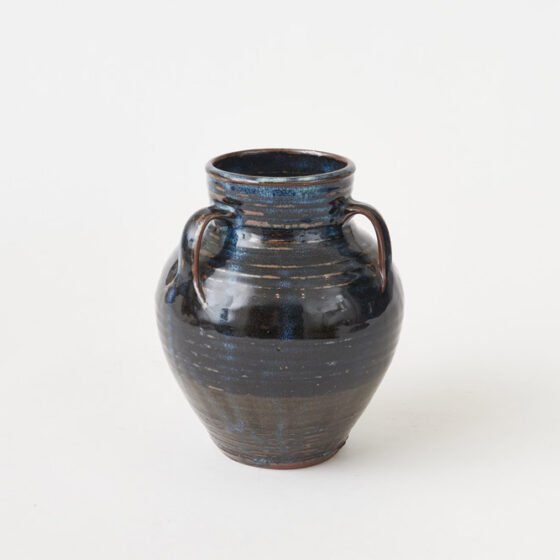 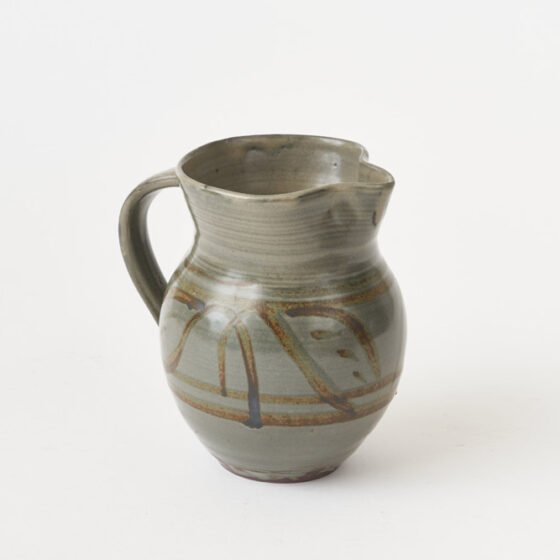 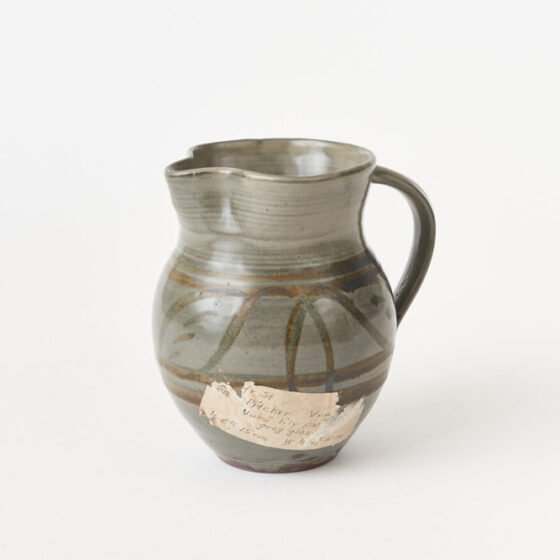 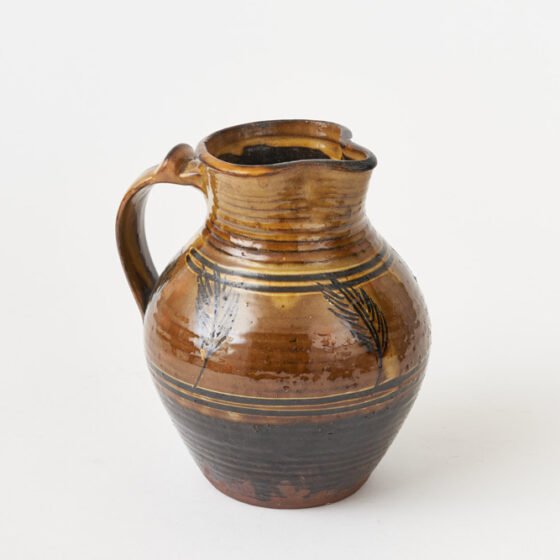 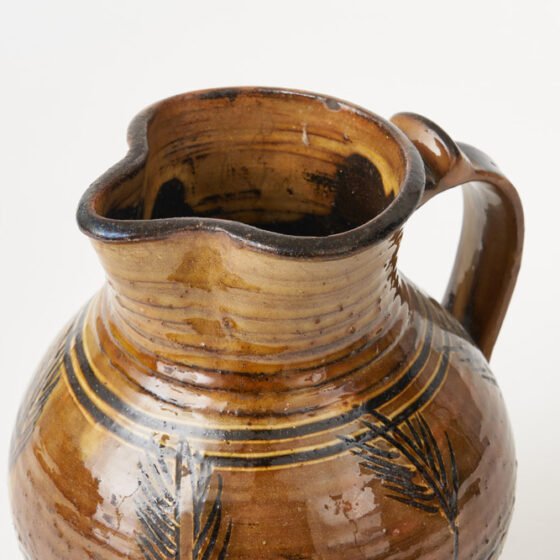 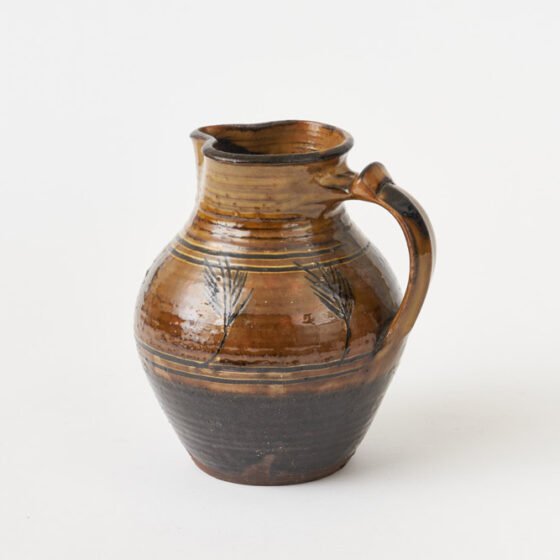 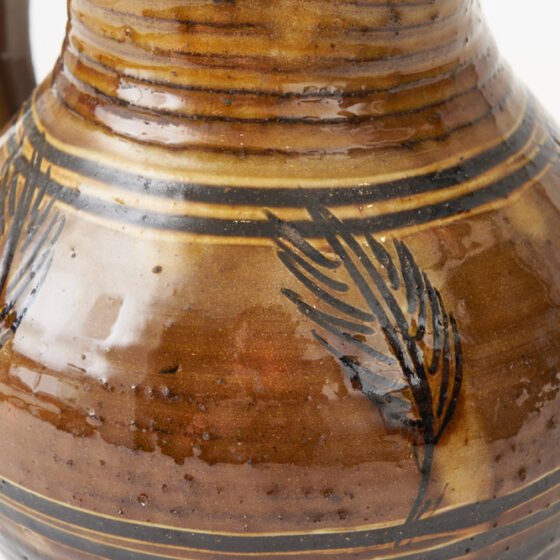 From Michael’s own museum at Wenford

With ear of wheat sgraffito design 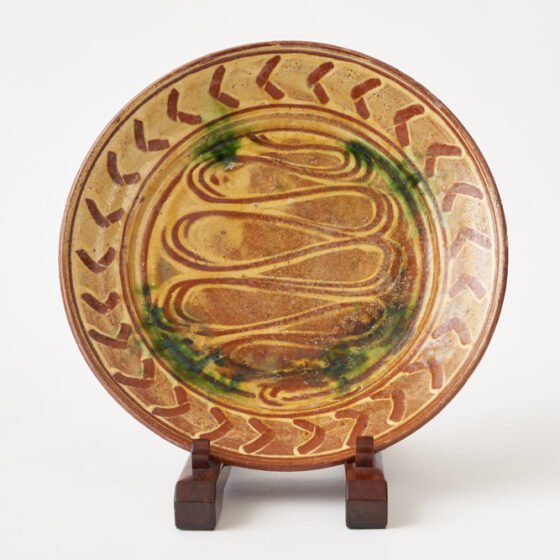 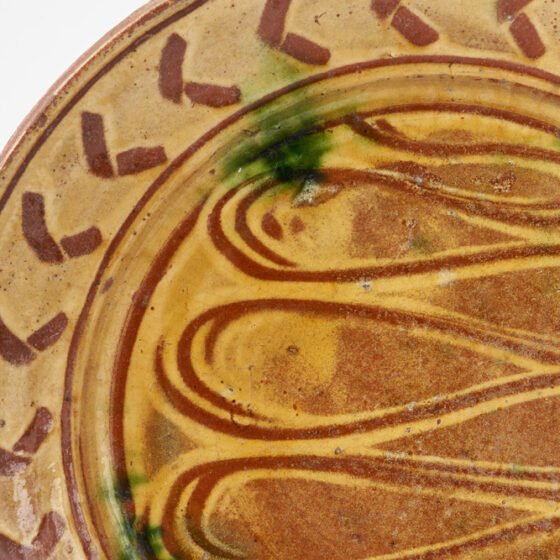 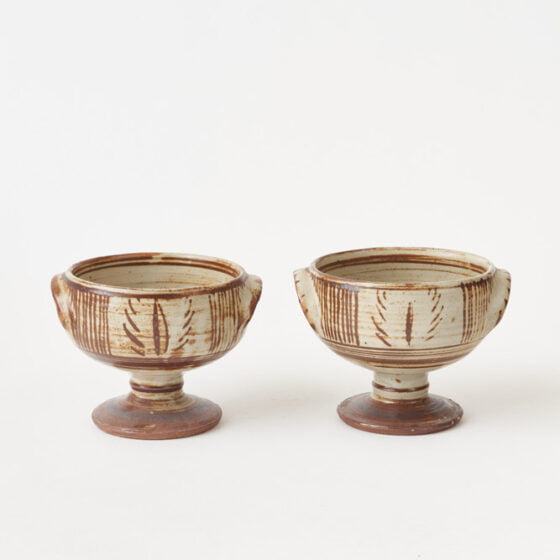 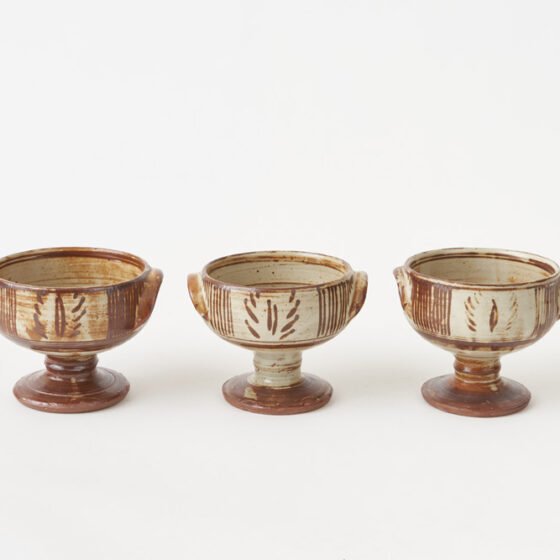 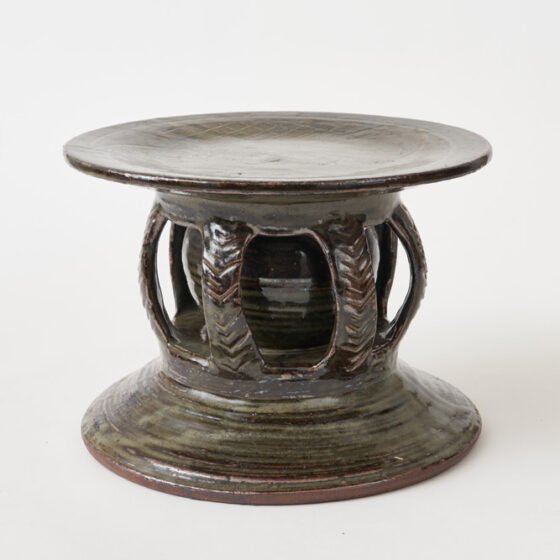 Sgraffito decoration with a Jun glaze 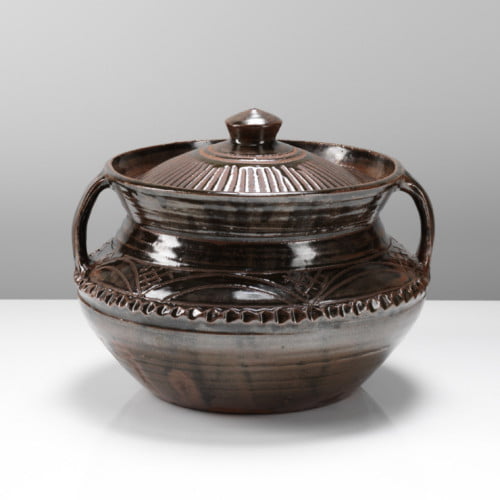 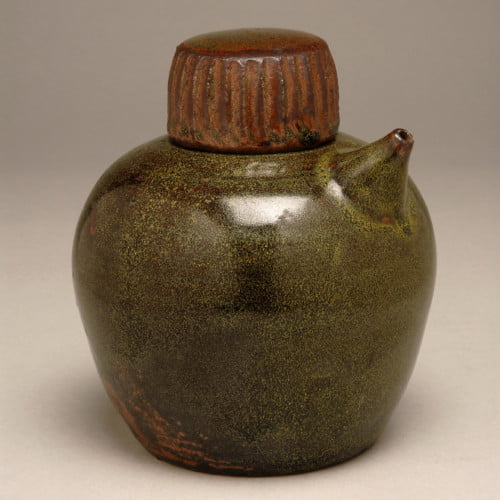 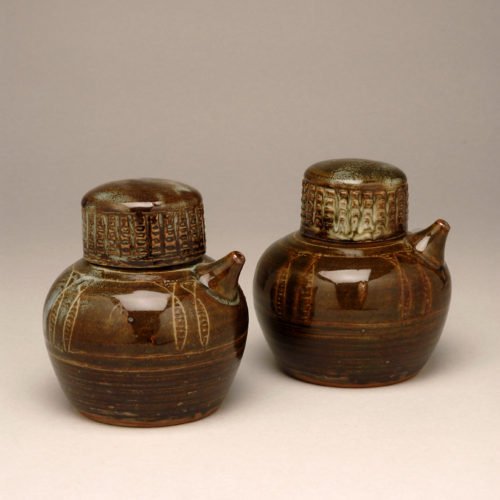 Screw top with a Jun glaze 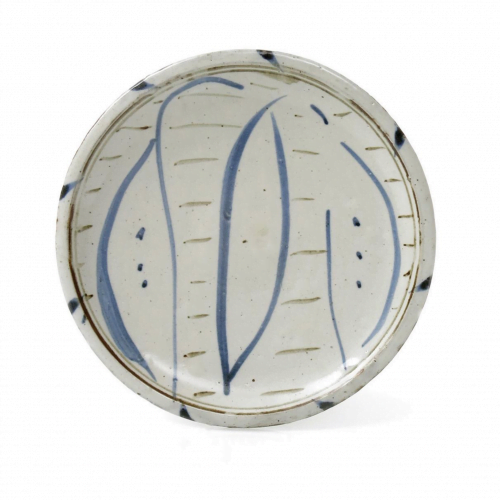 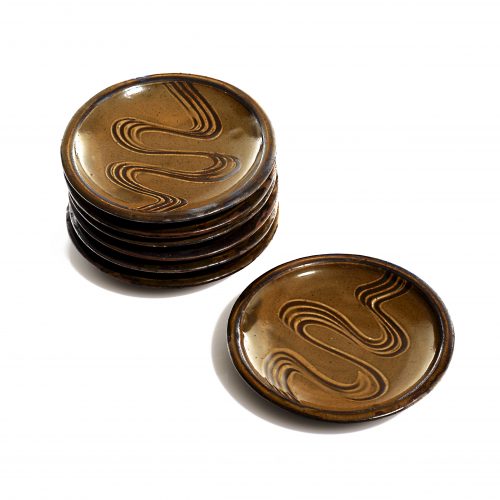