Pierre Jeanneret was a Swiss architect who collaborated with his cousin, Charles Edouard Jeanneret (who assumed the pseudonym Le Corbusier). The cousins set up an architectural practice together in 1922

In 1922, the Jeanneret cousins set up an architectural practice together. They designed many buildings, including a number of villas and holiday homes.

As well as buildings, Pierre also designed furniture, both independently and with his cousin, Le Corbusier.

In the early 1950s Pierre Jeanneret began a new project at Chandigarh, in India, at the invitation of his cousin Le Corbusier. Pierre was responsible for a significant amount of designing for the Panjab University, including the Gandhi Bhawan and the University Library. After the project finished, Pierre Jeanneret stayed on as Chief Architect of the city for over a decade. 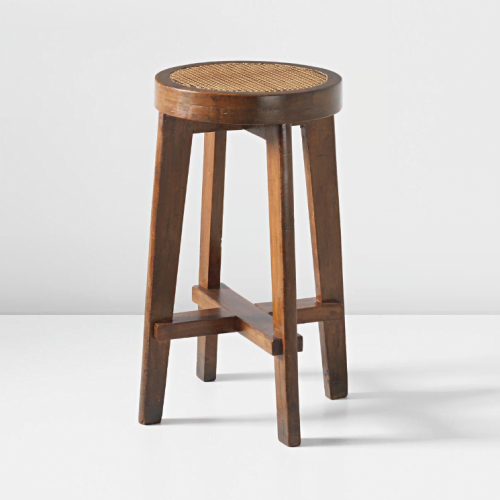 Model no. PJ-SI-21-A
Designed for the Panjab University science department, Chandigarh
Circa 1965-1966