John Makepeace’s career has been an adventure in wood. He first saw fine furniture being made when he was eleven, and then he visited the great cabinet makers in Copenhagen as a teenager. Design and craftsmanship came naturally to him.

Early professional recognition led to his work as a design consultant to the all India Handicraft Board, a founding member of the Crafts Council in the UK and a Trustee of the V&A, London. Early commissions from Templeton and Keble College, Oxford, Liberty’s, Banque Générale du Luxembourg, were followed by major museums, corporate and private collections around the world.

John was awarded an OBE in 1988 for services to furniture design and in 2002 received the American Furniture Society’s Award of Distinction.

In November 2010 he was nominated by the Chartered Society of Designers for the Prince Philip Designers Prize 2010 and received a Special Commendation. John has received Lifetime Achievement Awards from both the American Furniture Society (2004) and the Furniture Makers Company (2010). He is an Honorary Fellow of the Arts University Bournemouth (2009) and of Hereford College of Arts (2013). 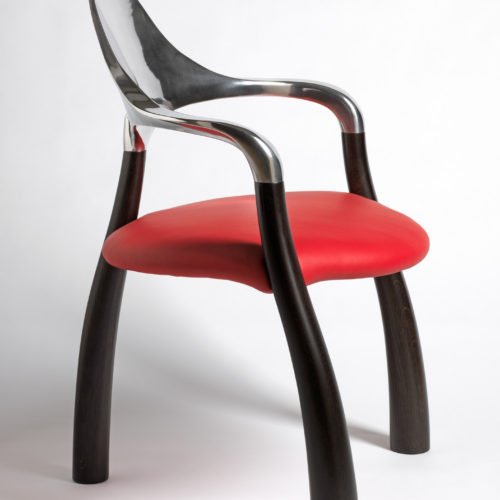 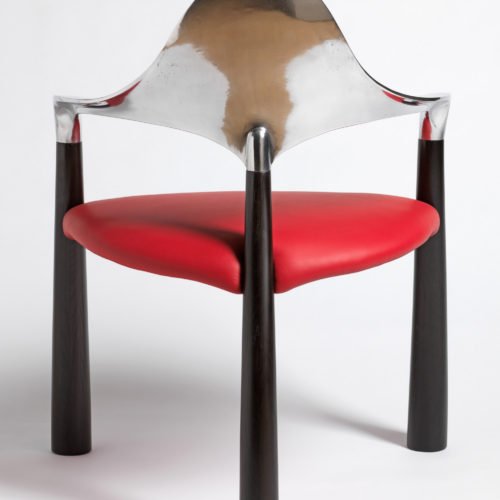 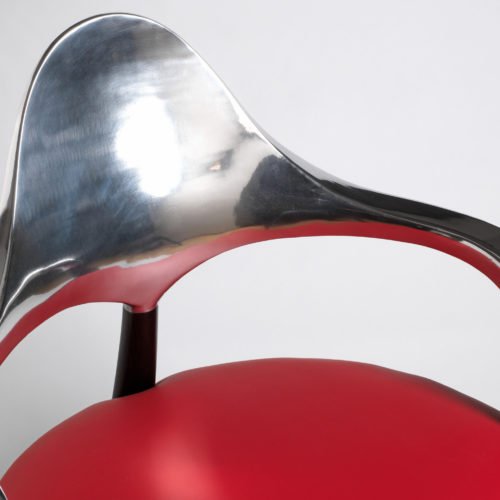 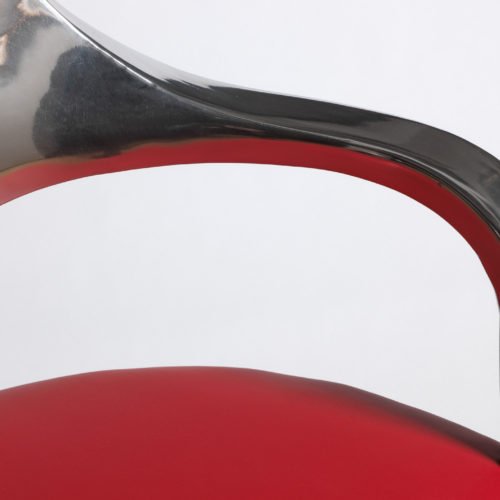 Provenance: The fumed oak used in the construction of the chairs comes from a tree at Longleat, planted in 1740 and felled in 1980

The chairs were originally designed as part of the ceremonial furniture for graduation ceremonies at Plymouth University. A pair of chairs were given to the Fitzwilliam Museum by Nicholas and Lady Judith Goodison, through the Art Fund 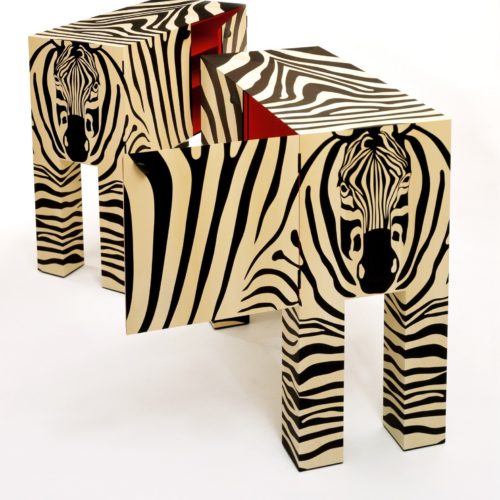 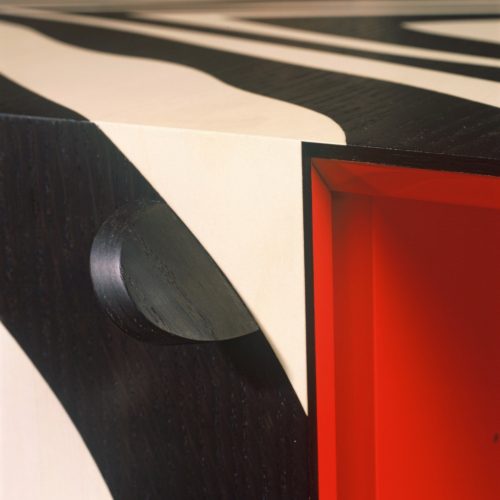 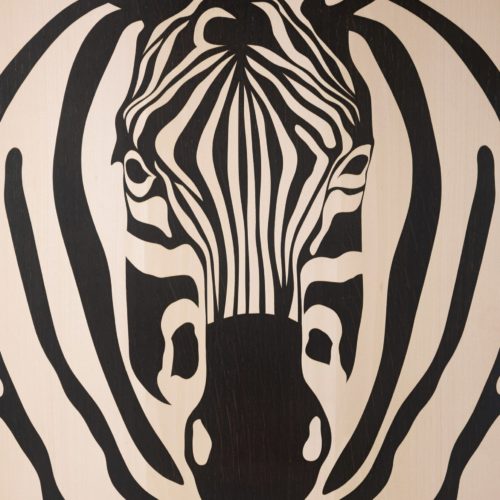 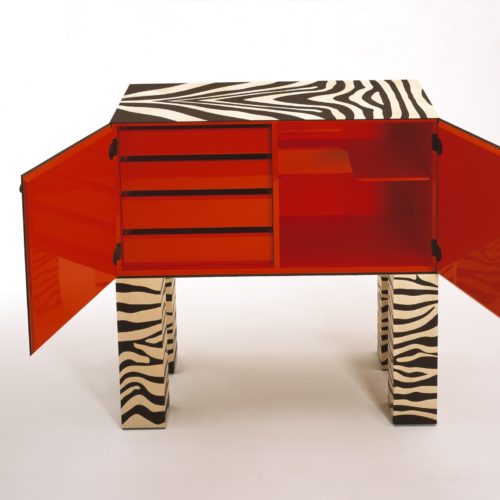 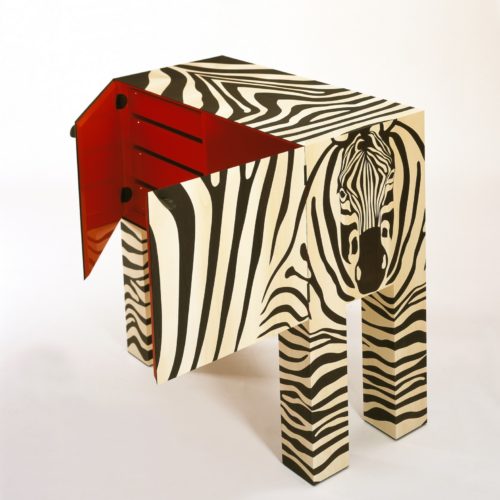 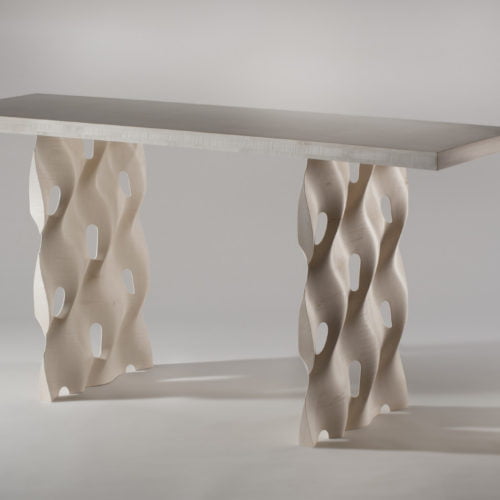 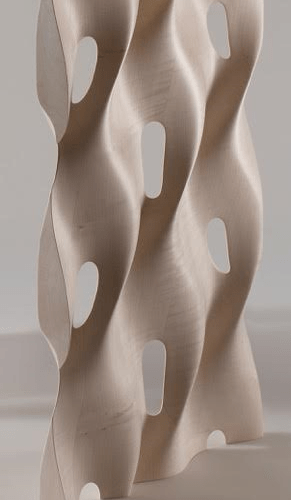 Made from Burr English oak from the Longleat estate, planted in 1740 and felled 1980

The top is made from magnificent planks of burr English oak and the perforated legs created using computer-controlled sculpting. 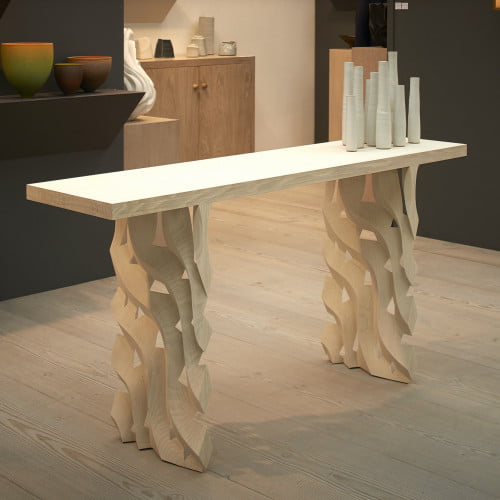 An assortment of previous commissions that John Makepeace has completed