Hans Coper was born in Germany in 1920, and moved to England in 1939. In 1946 Coper met Lucie Rie and began work at Albion Mews Pottery, which he continued to do until 1959, winning a gold medal at the Milan Trienniale in 1954. In 1958 he became a naturalised British subject, and the following year set up his own workshop in Digswell, Hertfordshire. For the next sixteen years Coper exhibited extensively, mainly in London, but also in Tokyo, Holland and Hamburg.

Hans’ visionary experiments in form, such as those inspired by cycladic figures a prehistoric artform from the Greek islands, have earnt him a reputation as one of the most highly acclaimed ceramic artists of the 20th century. He was highly inventive and the breadth of his work, from figurative to abstract and from functional to sculptural, is a testament to this ingenuity.

Hans Coper’s work is to be found in numerous important public and private collections, and he is regarded as one of the greatest artists of the twentieth century. 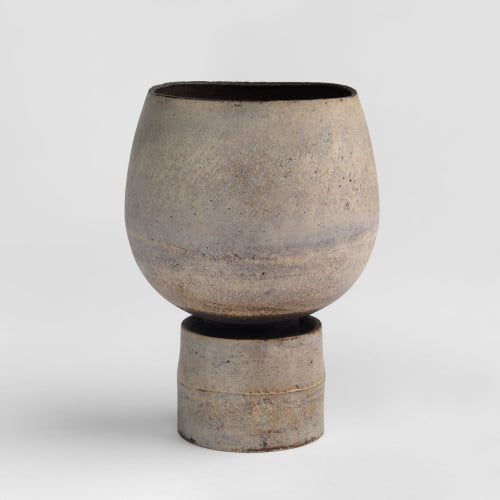 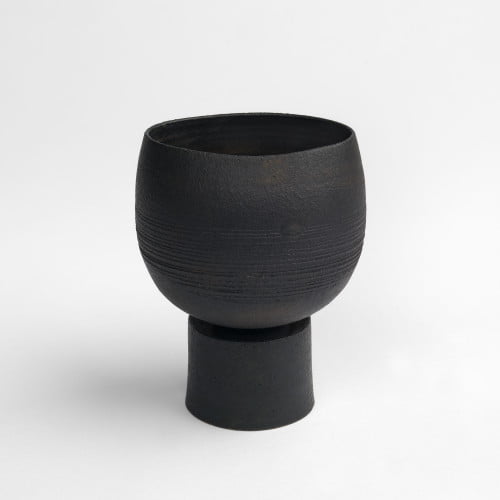 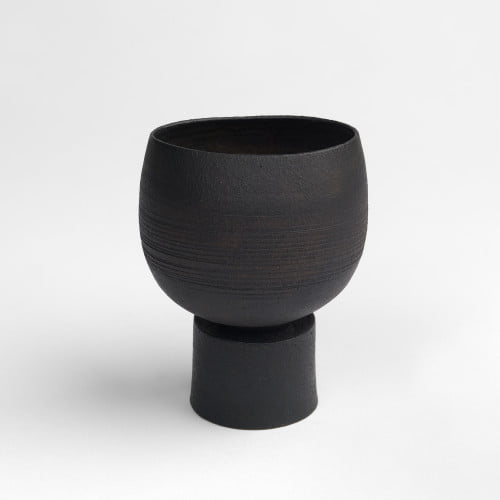 Please enquire to be notified when we recieve more works.