Bouke de Vries was born in Utrecht, Netherlands. He began his career in fashion, studying at the Design Academy Eindhoven and Central St. Martin’s in London. De Vries then worked with John Galliano, Stephen Jones and Zandra Rhodes before switching careers in ceramics conservation and restoration at West Dean College.

As a ceramics restorer, he is often given broken pieces of ceramics by owners who no longer value them. Out of these fragments, de Vries creates various works that resonate with historical ceramics up to the conceptual work of today. De Vries has built an oeuvre of sculptures which generate new life and meaning, thus establishing an original method of how ceramics is approached and perceived. Encapsulated within his work is the oscillation of mood, humour, and even turmoil of the times. A piece often involves shards of ceramic from various origins, which through de Vries’ interpretation is “recontextualized” and is developed into a work of stature, such as his 26 feet long installation War and Pieces which has been exhibited in museums internationally. With renewed inspiration, he values the broken shards, using them imaginatively in an aesthetic that is all his own. De Vries’ work is held in numerous public and private collections. He continues to work in his West London studio both as an artist and a conservator of ceramics. 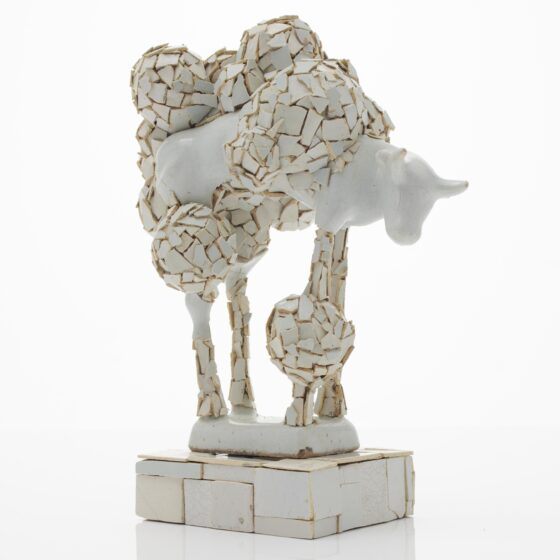 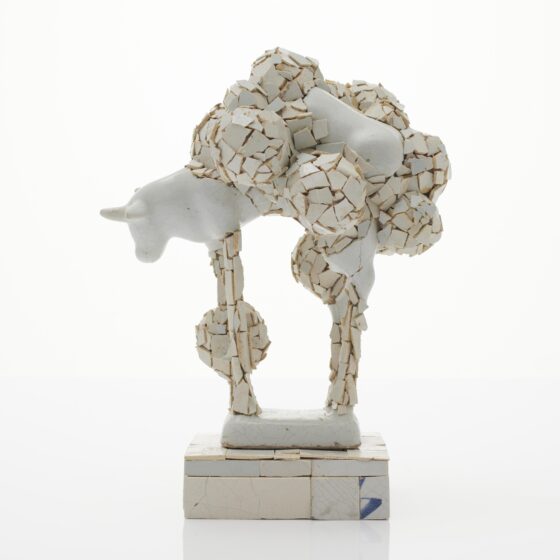